Many Apple products come with a charger, but the company has made a few changes in recent years. For example, a few years ago, Apple announced that iPhones would no longer come with a charger. This news was very disappointing to many consumers, especially the new iPhone user.

These days, it is expected for someone to ask whether an Apple Watch comes with a charger. Did the company’s decision cut across all Apple products, in this case, the Apple Watch?

Key Takeaway: Older model Apple Watches come with a charger, but Apple is moving away from that trend. Keep reading to learn why.

As a loyal Apple user, you probably wonder why the company made this decision—as a new user of the company’s products, not having a charger is inconvenient and expensive because you have to buy a charger separately.

So, the first thing this article will do is answer the why.

Note – If you are short on time and just want to know which charger to buy for your Apple Watch, I recommend going with the Official Apple 20W USB-C Power Adapter (on Amazon). If you are looking for a wireless charging option, you can go with the Magnetic Charging Dock for Apple Watch or the Apple Magsafe Duo Charger.

Why Did Apple Stop Including Chargers in the Apple Watch Box?

Apple announced last year that they would not include chargers in the Apple watch boxes because they want to reduce their carbon footprint. They argue that loyal Apple users already have chargers from other Apple products like the iPhone that they will use.

This argument makes sense when you think about it because their assumption is correct. Many Apple users already have a bunch of chargers in their homes, and they do not need to add a new one to their collection.

This decision has resulted in reducing environmental waste and billions of dollars of savings for the company. No charger means smaller packaging, which reduces manufacturing costs.

Not a lot of people are happy with this decision since Apple Watches don’t necessarily come charged out of the box!

Is the Whole Charger Missing From The Apple Watch Box?

According to Apple, all you need to get started with your Apple Watch is the smartwatch, a band, and the magnetic USB-C cable. They might be correct, but many consumers still think that not including the power adapter is another money-making scheme by Apple.

Because you might still need to spend $20 for an adapter compatible with a USB-C type cable. Many earlier models of Apple products were type A, so if you are using older versions of Apple products, you might not be able to charge your Apple watch. You can use your computer or laptop, but only if your device has a USB-C port.

Buying the 20W USB-C charger might not be a bad idea because it is a one-time purchase. The charger is compatible with most of your other Apple products like iPads and iPhones. So, the $20 investment is worth it in the long run.

So which Apple Watch models come with a charger (and which ones do not)?

The Apple Watch Series 7 comes with a magnetic USB-C cable but no USB power adapter.

Series 7 is an upgrade from series 6 with 33% faster charging and a larger display. Besides these improvements, the series 7 watches have similar sensors and capabilities as the series 6 watches.

When you buy your Apple Watch 7, here’s what you will find in the box:

The Apple Watch Series seven can cost $400 or more depending on where you buy the product. If you want the biggest display or the latest Apple watch product, Apple Watch 7 is an excellent option for you.

Apple Watch Series 6 comes with a USB-A cable but no USB power adapter.

Apple Watch Series 6 is similar to the SE series but with an always-on display. The smartwatch has other features like an oxygen sensor and an altimeter. This model is no longer on the market, but you can still buy on third-party websites like Amazon for a lower price.

Below is a list of what you should expect in an Apple Watch Series 6 box.

A series 6 smartwatch costs almost as much as a series 7 at $400. This watch is best for people who want more health features on their devices.

The Apple Watch SE comes with a magnetic USB-C cable but no USB power adapter.

This smartwatch series is similar to series 6, because they have the same technical features like display size, gyroscope, compass, etc. Unlike the series 6, the SE does not have the always-on display. It is the affordable option between the two, selling at $280.

The Apple Watch Series 5 comes with a magnetic USB charging cable but no USB power adapter.

The series 5 was the first smartwatch model with the always-on display feature. This series has some exciting features like the electrical heart sensor, a second-generation optical heart sensor, and it is also water-resistant. Here is what you should find in the Series 5 Apple Watch box.

Note that the Apple Watch Series 5 has not been available for the last two years. However, you can buy a refurbished one from any Apple store at $270.

The Apple Watch Series 4 comes with a complete charger, including a cable and USB power adapter.

The series 4 is one of the older versions of the Apple smartwatch. Like the series 5, it is equally challenging to find one on the market right now.

The design and features of the Series 4 watches are similar to the series 5, 6, and SE watches. Series 4 is an improved version of series 3, which we will discuss after.

The Series 4 Apple watch features are an improved gyroscope, ambient light sensor, barometric altimeter, water-resistant (up to 50 meters), 32g forces accelerometer, and much more. When you buy the Apple Watch Series 4, this is what you will find in the box:

Although they are no longer being sold, you can buy a refurbished Apple Watch Series 4 from any Apple store for $250. However, buying this watch today is not worth it because newer and better versions are available for almost the same price.

Series 3 Apple Watch comes with a complete charger, including a cable and USB power adapter.

Unlike series 4 and 5, the Apple Watch Series 3 is still on the market. It has some great features for fitness enthusiasts, like the optical heart sensor and the ECG app electrical heart sensor. It also has a built-in GPS, and the GPS-only model is available for purchase right now.

The downside of the series 3 is that it does not have a compass and the always-on altimeter.

Here is what you will find inside the Apple Watch Series 3 box:

The series 3 watch is the most affordable Apple smartwatch, selling at $200. However, it is not advisable to buy this series because it struggles to run the new Apple watch OS.

There are other Apple watch models like the Apple Watch Hermes models. There are no functional differences between this model and the new editions. Besides the Hermes branded watch face and your selected leather band. The only other thing you will find in the box is a Hermes sports band.

The Hermes Apple watch costs a lot more than the other new editions selling at $1300. This high-end watch is an excellent option if you want a unique luxury experience.

The Hermes version shipped with a cable and a USB power adapter for the first week…then Apple pulled the plug on the power adapter (so to speak).

The Apple Watch is designed to tell you the time and give you stats about your fitness just by glancing at it. Because of this, the watch is always on,… Apple Watch is an expensive purchase compared to other smartwatches. Aside from its brand and iPhone compatibility, it also features a heart rate monitor. But before you make its heart… Perfumes can be such a tricky subject. You may run into someone and wish they wore perfume but may also encounter someone you wish had never walked into a fragrance… Apple has designed its products so that you can use one device with all other Apple devices. This is a convenient feature, especially for consumers with multiple Apple gadgets. So,… 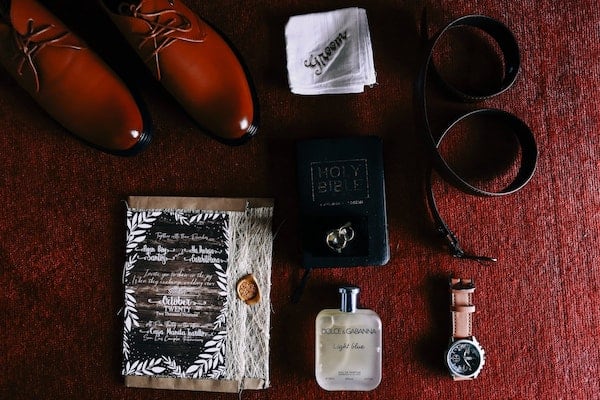 How often have you come across a scent that you love but it is meant for the opposite sex! Let me guess – quite often, right? It is not uncommon…